YOU’RE AT HOME – WHEREVER YOU ARE

You’re at home – Wherever you are is a communication concept made for Hyresbostäder, the largest housing enterprise in Norrköping. Hyresbostäder had an issue of not reaching out to people who don’t have Swedish as their native language and also to the younger generation in general. Hyresbostäder also found it hard to engage those people. As a solution, my team created a concept of a platform – an app – with functions for communicating with neighbors, taking care of personal matters, reading important messages, and being able to personalize the settings. The concept also included a release campaign to create awareness and bring the neighbors together. We did usability tests on a LoFi-prototype to assure the app worked as we wanted and improved it to the final HiFi-prototype, which we tested again. The result is displayed below. 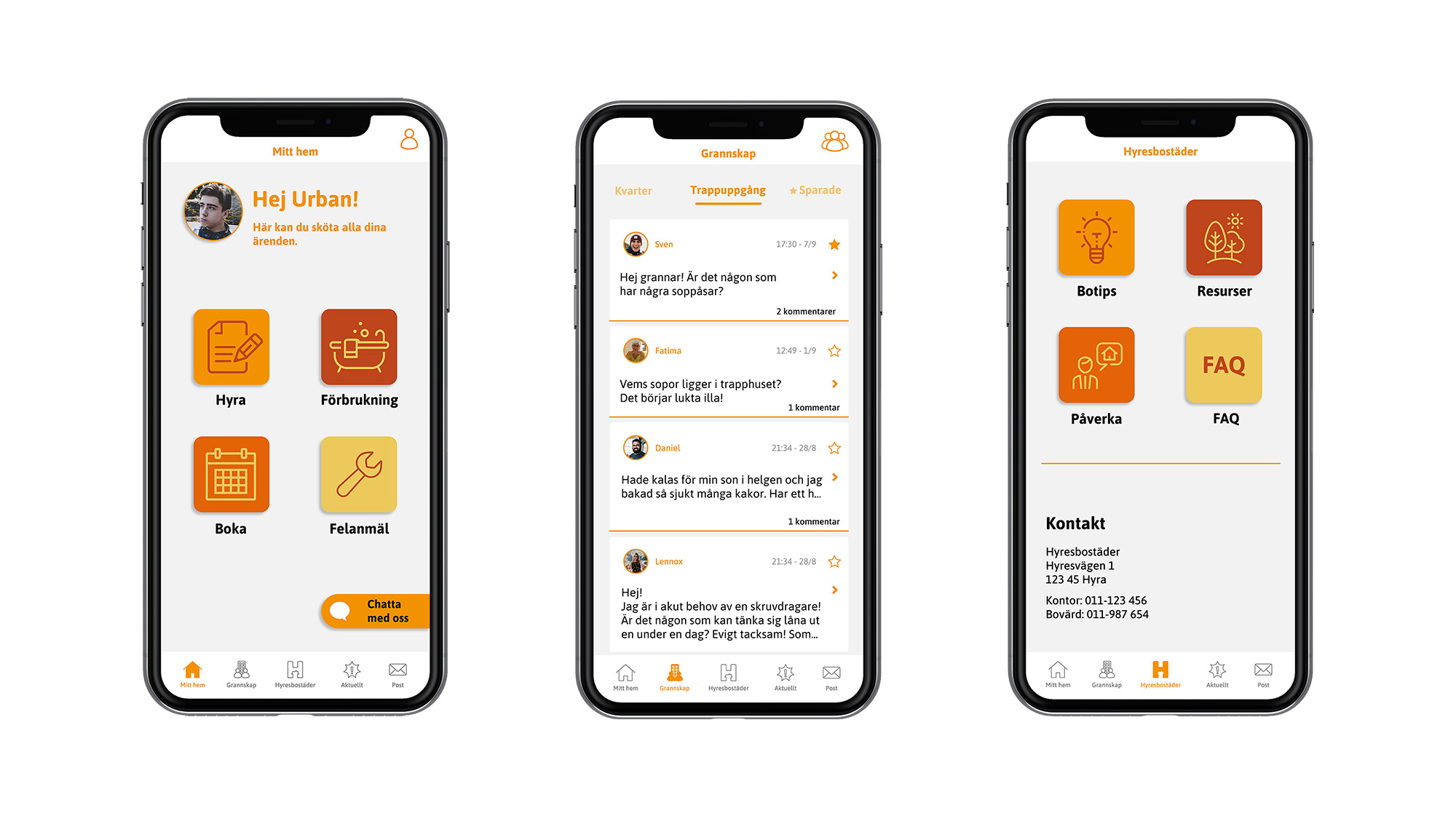 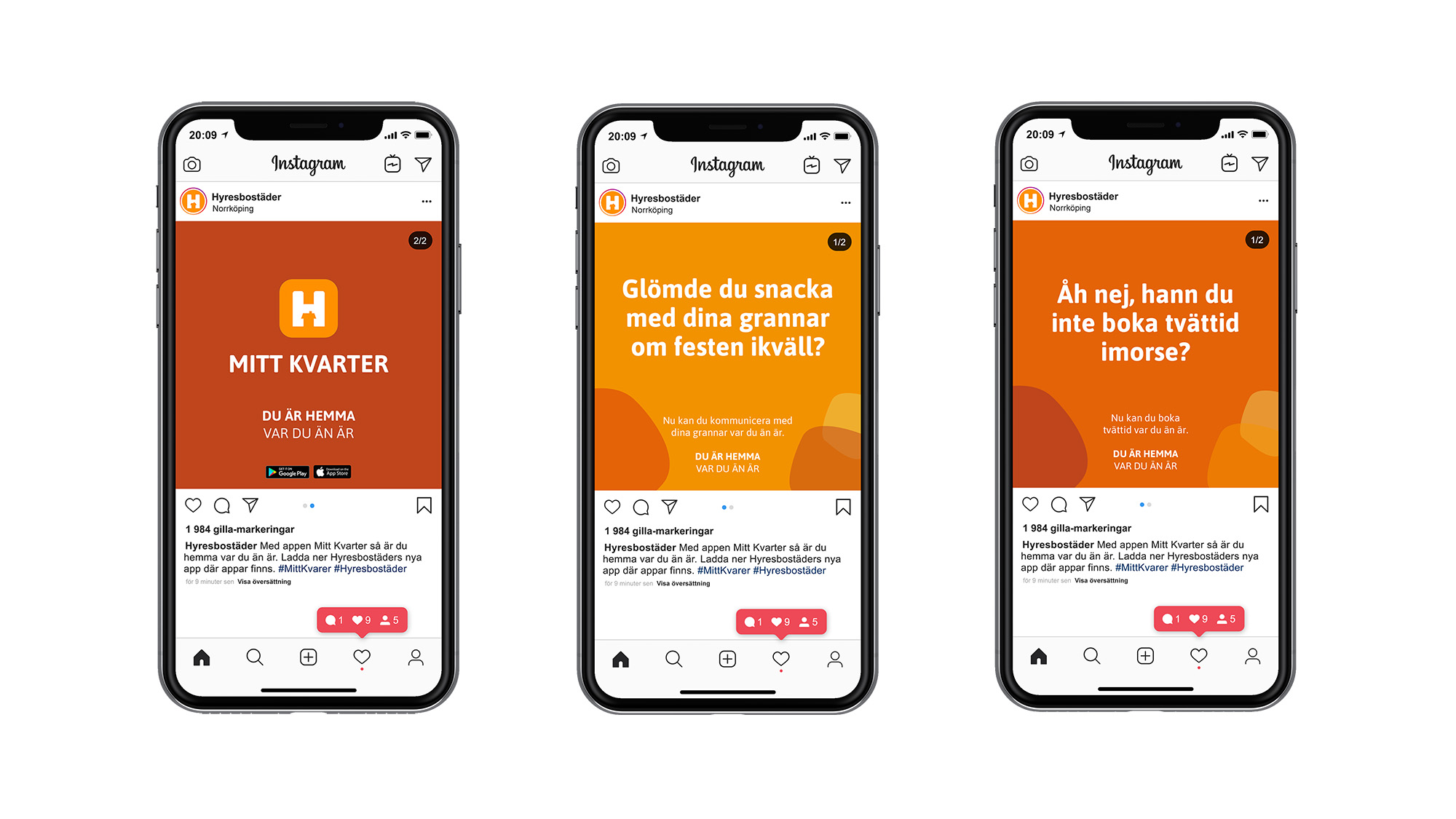