In 2020 I wrote my bachelor thesis at Linköping University regarding creativity and idea generation. Together with my partner Linn, I worked on a design-oriented project that also included a design artifact as a result. We created a physical idea generation game aimed at professionals in the design industry.

Our work started with some pre-studies and brainstorming, then we defined the concept and began our research. We created a LoFi-prototype of a board game with three categories of idea generation methods and cards with different activities. We ran usability tests on the prototype in several groups, structured the result, and concluded several improvement areas. Then we developed it into a HiFi-prototype that we tested on the target group; people working in different areas of the design industry. The result showed that the game worked as planned, and the positive feedback showed that people would benefit from using the game as a part of their work process. With the thesis and the game finished, we now desire to print several versions of the game. We’ll see where it ends up next! 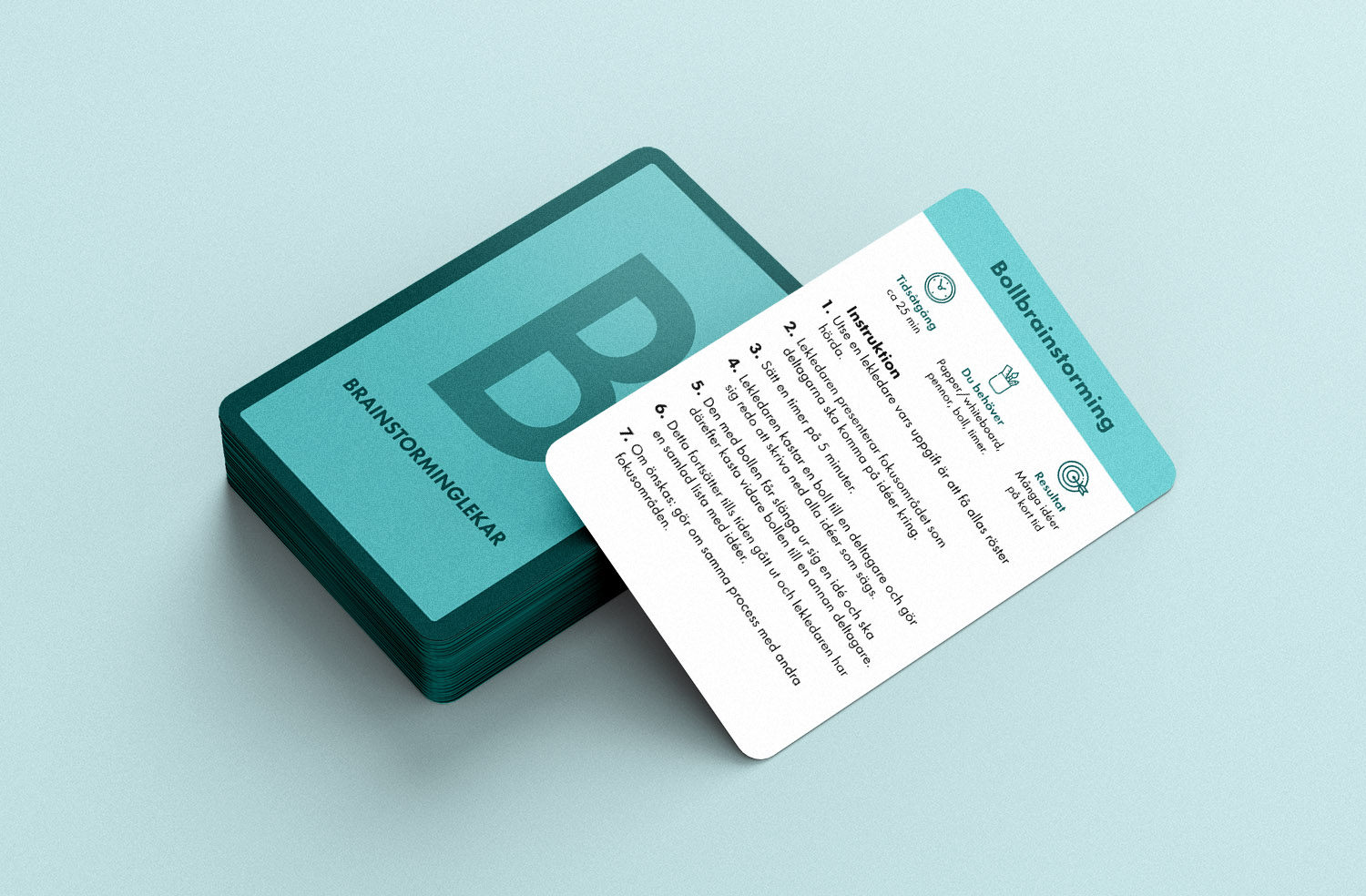 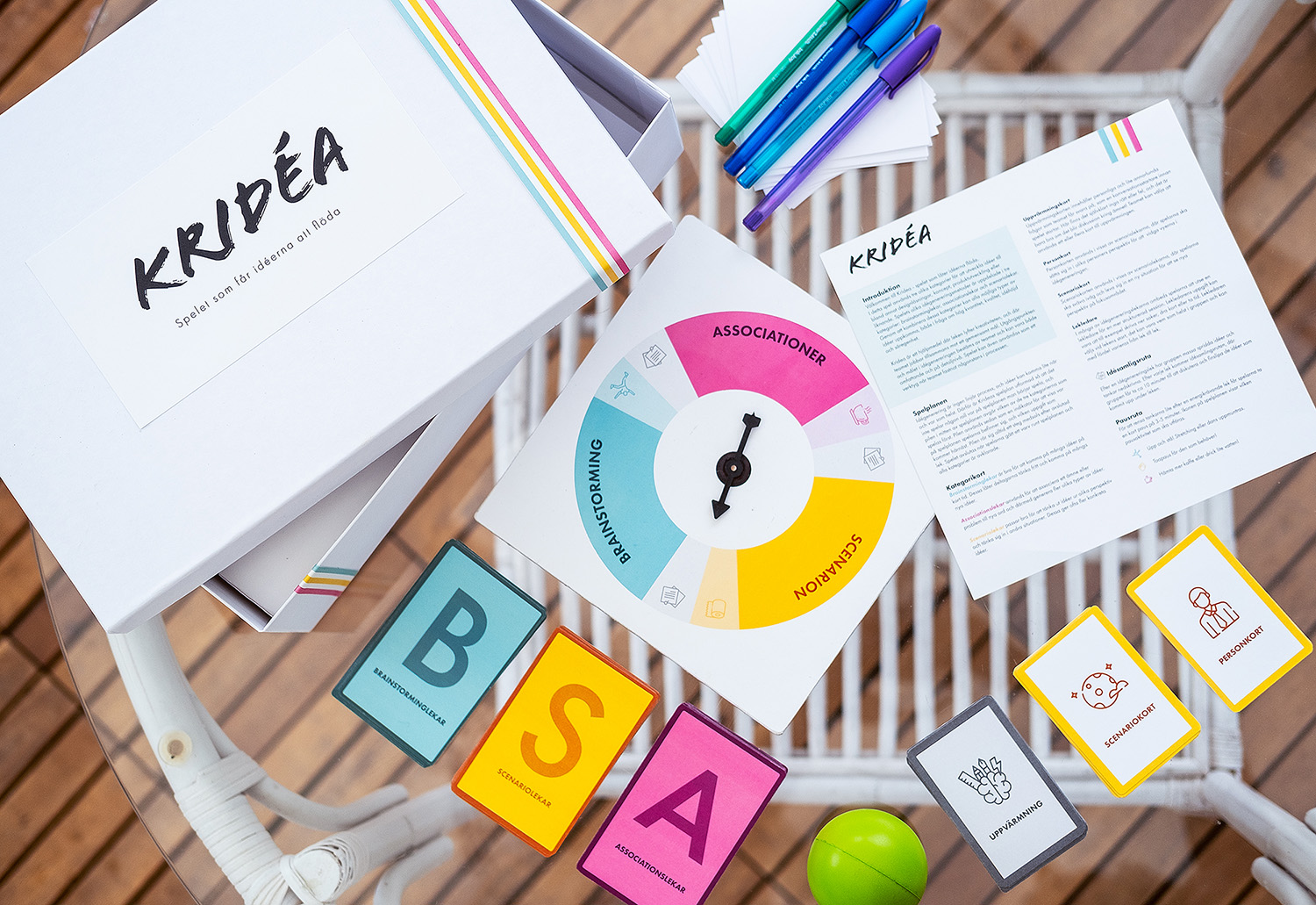 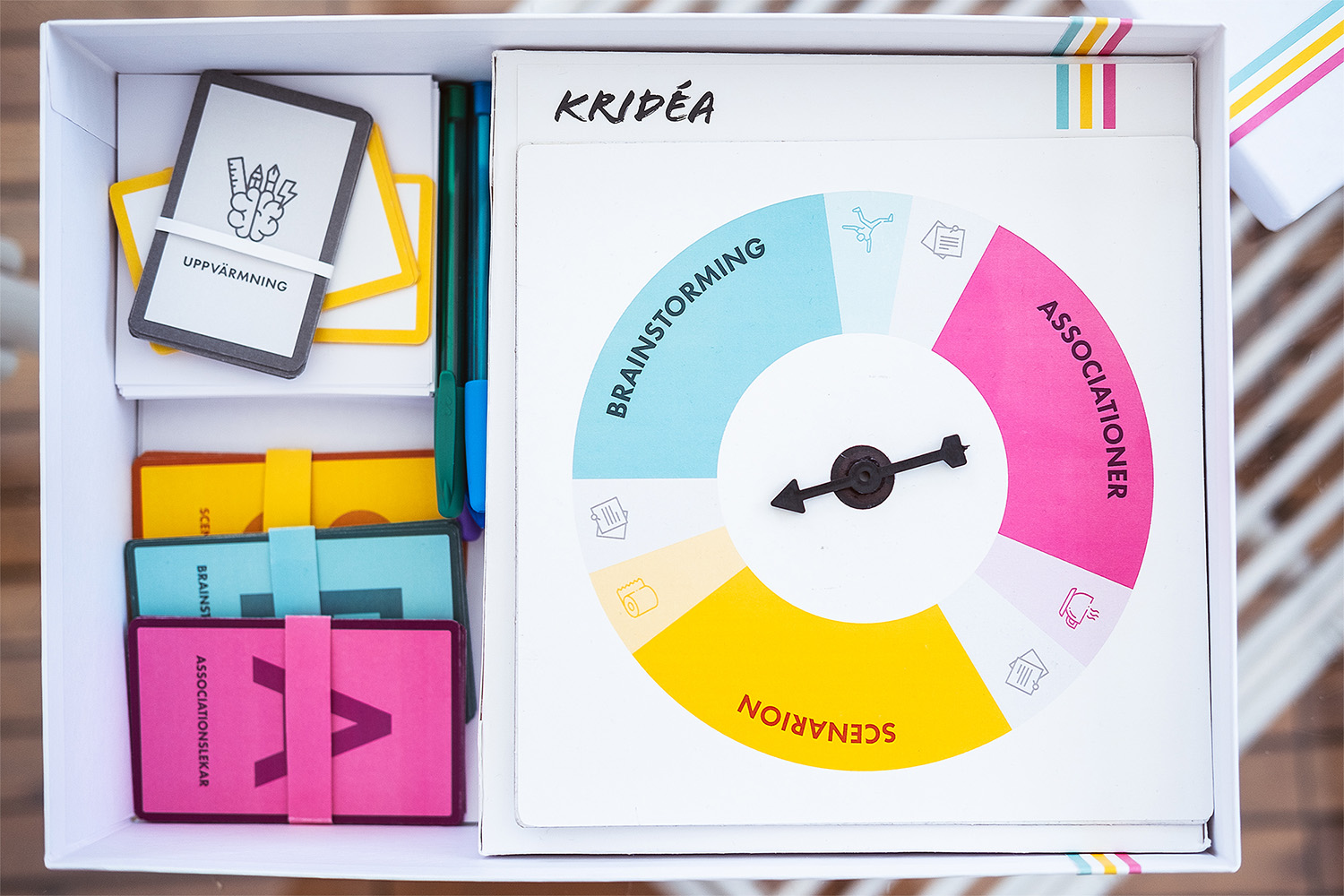